Martin Edwards’ Lake District Mysteries include The Coffin Trail (short-listed for the Theakston’s prize for best British crime novel), and The Frozen Shroud. The latest of his eight Harry Devlin novels is Waterloo Sunset, while Dancing for the Hangman, offers a fresh take on the Crippen case. He has edited 22 anthologies, and published eight non-fiction books, most recently The Golden Age of Murder in 2015. He has won the CWA Short Story Dagger and the CWA Margery Allingham Prize for short fiction.. 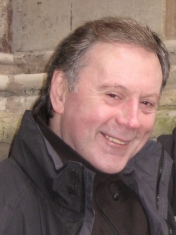 Barry Forshaw is one of the UK’s leading experts on crime fiction and film. His books include Nordic Noir, Sex and Film, Brit Noir and The Rough Guide to Crime Fiction. Other work includes Death in a Cold Climate, British Gothic Cinema, Euro Noir and the Keating Award-winning British Crime Writing: An Encyclopedia, along with books on Italian cinema, Stieg Larsson and H.G. Wells. He writes for various national newspapers, edits Crime Time (www.crimetime.co.uk), and is a regular broadcaster and panellist. He has been Vice Chair of the Crime Writers’ Association, and talks at City University and the British Library on the history of crime fiction.

Jake Kerridge has been the crime fiction critic of the Daily Telegraph since 2005. He is an enthusiastic promoter of the best crime fiction of the past as well as the present, both in print and at literary events. He is currently writing the entry on Ruth Rendell for the Dictionary of Literary Biography. 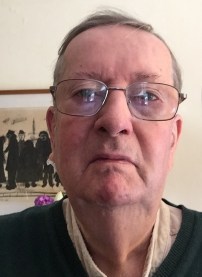 John McLaughlin worked an author’s agent for forty years, first at A.P. Watt & Son, and then with Campbell Thomson & McLaughlin.  He retired about ten years ago.  He was Eric Ambler’s agent from the mid-1970s until Eric’s death in 1998.

Ayo Onatade is a commentator on all things crime fiction related. She has been reading crime fiction for over forty years. She also writes articles and gives papers on all aspects of the crime and mystery genre. She is a member of the Crime Writers Association of Great Britain (CWA) and is currently Chair of the CWA Short Story Dagger. She also writes for Crimespree Magazine and is currently one of the Judges for the Nagio Marsh Award. She can also be found reviewing at Shotsmag.co.uk and runs the Shotsmag Confidential blog (Shotsmagcouk.blogspot.co.uk). When she is not involved in crime fiction then she works with senior judges at the Supreme Court in London.

William’s Captain Korolev Novels have been shortlisted for numerous awards, including the Theakstons Crime Novel of the Year, The Kerry Group Irish Fiction Award, the Ellis Peters and John Creasey Daggers and the Irish Crime Novel of the Year (twice). Sadly he never wins but they have helped his novels be published in 18 countries. William teaches on the Crime Writing Masters at City University in London and his latest novel The Constant Soldier will be published in 2016 by Macmillan. 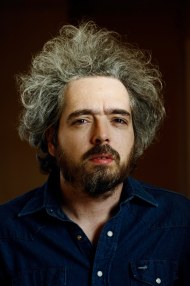 Stav Sherez is a crime novelist and an ex rock journalist, who was a main contributor to ‘Comes with a Smile’. He has also written for The Daily Telegraph, The Spectator, Zembla and the Catholic Herald. His first novel, The Devil’s Playground, was described as ‘altogether extraordinary, it introduces a major new talent’ and was shortlisted for the CWA John Creasey Dagger. His third and fourth books, A Dark Redemption and Eleven Days, were both shortlisted for Theakstons Old Peculiar Crime Novel of the year in 2013/2014.

Camilla runs the Estates and Backlist titles at the established literary agency Peters, Fraser & Dunlop.  She is involved in selling rights and marketing to bring these great classic authors back into the public consciousness.  Working closely with print and E publishers alike Camilla is also responsible for making available as both traditional book and E book, classic writers such as Eric Ambler, Margery Allingham, Dennis Wheatley, Georges Simenon and many others. Before joining PFD Camilla worked for Random House, Chorion PLC and Classic Media where she sold publishing, TV and licensing rights where she previously worked over such great names such as Agatha Christie, Enid Blyton and Postman Pat. Camilla is also Trustee for the Essex Book Festival.