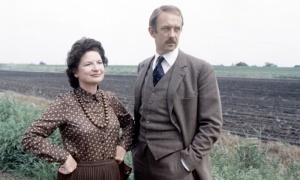 We are sorry to learn of the death of PD James at the age of 94. She grew up in the Golden Age era of detective fiction and when she began writing herself, at the comparatively mature age of 42, she inherited the mantle of the great women authors of that era. She established herself as a writer who managed to convey both a sense of place, often setting her books in the eerie wide open spaces of the Suffolk coast, and of character.  Her detective creation, Adam Dalgliesh, is one of the finest and most sensitively drawn protagonists in the genre, bringing a literary dimension to what is often a field that suffers from snobbish disdain by the critics. She will be greatly missed.