Without giving too much away, indeed a simple perusal of the chapter headings in J Jefferson Farjeon’s The Z Murders will reveal that after the opening at Euston Station and the subsequent journey to Bristol (or more accurately the village of Charlton which is now a suburb on the north side of the city), the plot continues by way of Boston (Chapter XIX) to reach Whitchurch in Shropshire (Chapter XXXIV). This creates a neat capital Z across the roadmap of England which the taxi-driver purchases to facilitate his journey from Bristol to Boston.

However, with the advent of SatNav, who needs a road atlas? You plug in your destination postcode and follow the instructions without necessarily any clear idea of where exactly you are going. Indeed, even with that knowledge, your SatNav may not take you the route followed by the intrepid hero of the plot through Gloucester, Stratford Upon Avon and Grantham which most perfectly forms the letter Z. Indeed, the programme of roadbuilding which has taken place since the book was written in 1932 includes the M5, the M42, the M6  and the M69 along which your SatNav will take you, thereby shaving 19 minutes from your prospective total journey time (albeit at the cost of an extra 21 miles driving by the less direct but faster route).

The resulting route not only distorts the perfection of the Z achieved by Farjeon but places the top corner of the Z at Nottingham, leaving Boston as a stranded outlier. What if the hunt had been so thrown off the scent? Imagine being caught miles from the scene of the action. How would the intrepid hero arrive at the true solution?

Fortunately, the low-tech approach is taken. Writing is done with pencil on paper rather than typing on a touch-screen phone and justice prevails.

The book also features the use of a clue from an ABC Guide, pre-dating Agatha Christie’s more famous use of this publication by some four years. Less comprehensive than Bradshaw’s Guides (which aim to provide timetables of all services), the ABC Guides gave details only of services to and from London but, crucially, gave information on fares as well as timetables. One wonders whether there is scope for a plot driven (if that is the correct term to use in this case) by use of the online National Rail Enquiries service? (Remember – you saw the idea here first!) 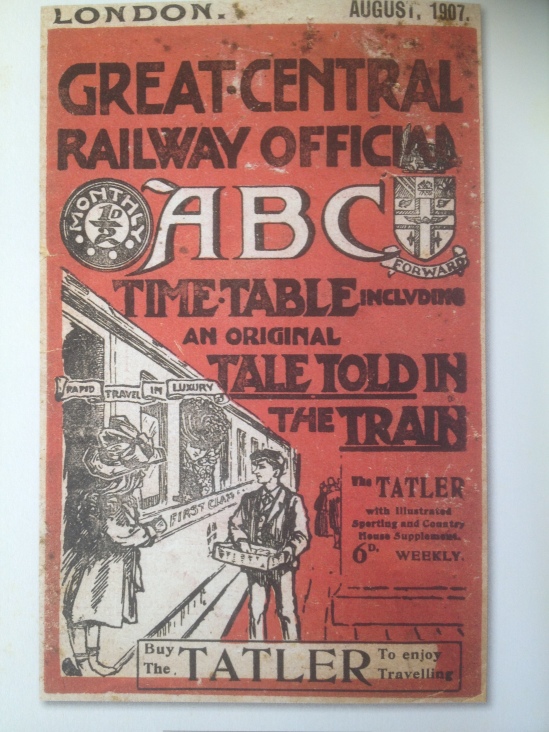